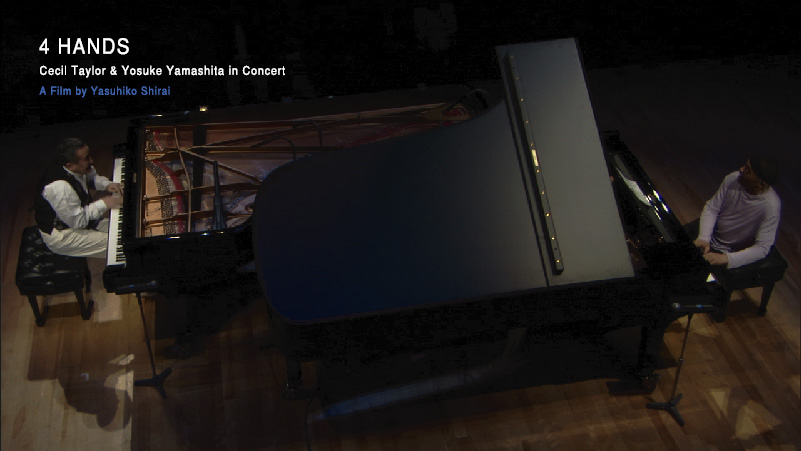 Cecil Taylor, regarded as one of the jazz giants of today, has contributed to the history of music with his revolutionary vision and style of playing. Yosuke Yamashita, inspired by Cecil Taylor's music, has established his own style and is regarded as the most influential jazz pianist and composer in Japan.

In Feb. 2007 Yamashita invited Cecil Taylor to Tokyo, realizing his dream of playing with Taylor in free improvisation. The highlight of the film is this fantastic and unpredictable duo performance, an exchange of sonic blows. Yasuhiko Shirai, director of the film, documents the three days before the concert by filming rehearsals, the backstage scene, and interviews with the artists.

In this movie Yamashita says to Taylor, "You are the first who made the piano sound not with a European voice, but with your own." Taylor gives an extraordinary performance on and off stage while Yamahita reveals the deep respect he feels for Taylor. This movie is about the exceptional talent of each of these important figures and their philosophies about creating music. It is a documentary of the achievement of two explorers in the world of jazz and an account of their three days in Japan.

Special Premiere Screening
at Rich Mix (as a part of Edge08 - The Fringe within the London International Jazz Festival)
date : 16 November, 2008
*Yasuhiko Shirai, the director, attended the screening.

Special Premiere Screening
at the Walter Reade Theater (at Licoln Center)
date：July 22, 2008
*Cecil Taylor and Yasuhiko Shirai, the director, appeared and made Qs&As. 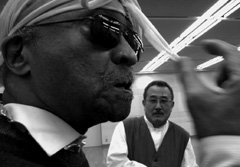 on Straight No Chaiser  text by Paul Bradshaw